This is one of the most popular dishes that go down really well in many middle eastern countries; commonly known as “Bamia”. It’s a hearty stew despite the amount of ingredients. I love serving this on a bed of brown rice and quinoa with salad and green peppers. My family also enjoy it with a piece of warm, crispy flat bread either soaked in with the stew or as a side. It’s traditionally cooked with meat but for this recipe I’ve omitted it, but without the flavour being compromised!

Believed to have originated in Africa (okra is a member of the mallow family–a cousin of cotton), okra is full of dietary fibre, protein, iron, calcium, and an abundance of B vitamins. 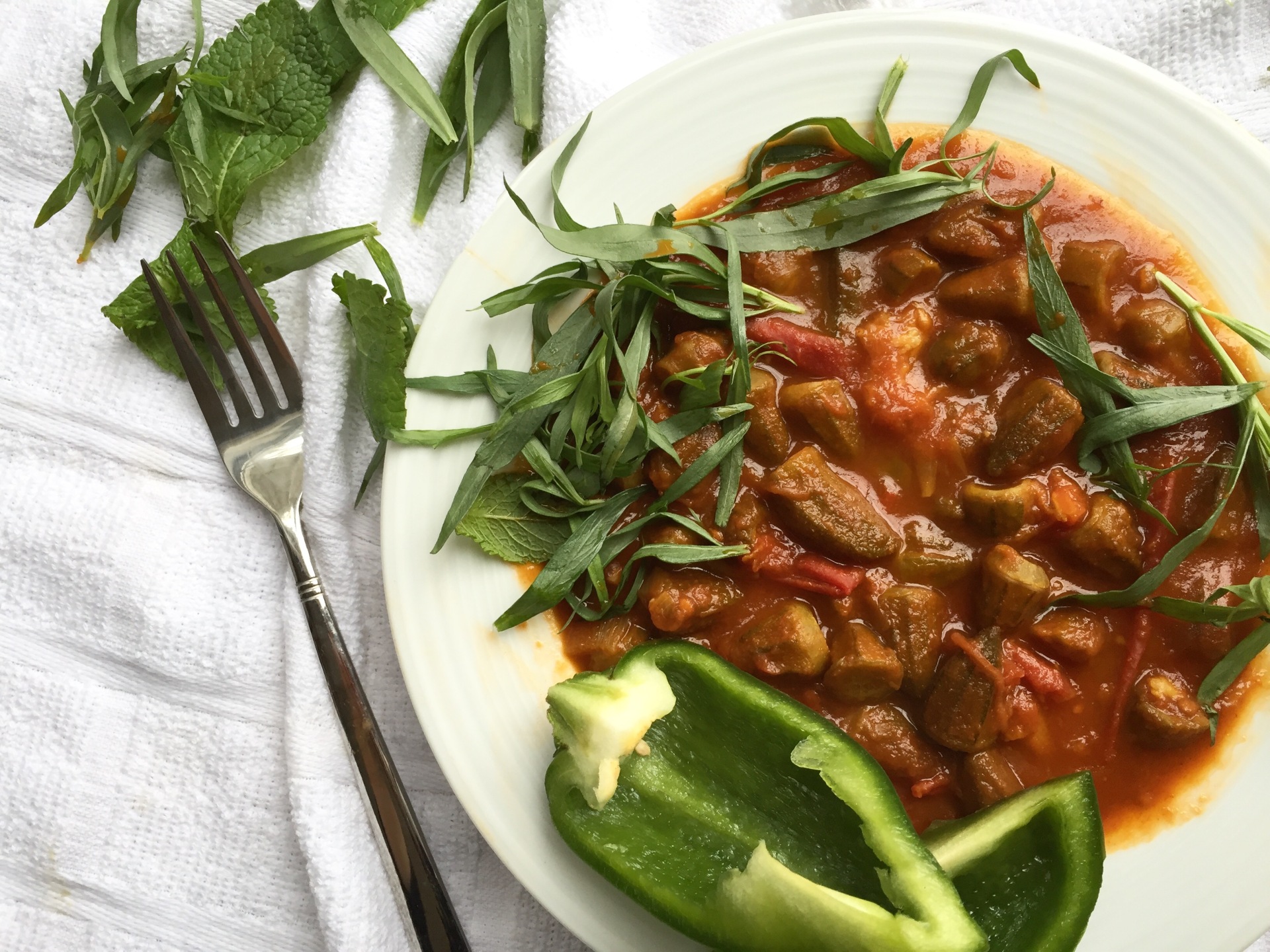 3 cloves of garlic, 1 into a chopped into paste and 2 whole

Add the chopped tomatoes with the turmeric and water. Increase the heat until it boils, then lower the heat and allow to simmer. Then add in tomato puree and the remaining garlic.Add the okra into the pot and mix. Allow to simmer gently.

Once the mixture has dried up a little, add the juice of the lemon and salt. Cover the mixture with water until just covered. Allow it to cook through for 20 minutes. Do not stir it so as not to break the okra. Uncover for the last 10 to 15 minutes of cooking. The end result should leave the stew slightly thick, and left with little liquid at the base.