Nearing the end of November and beginning of the month of December only means one thing. Winter is upon us! What better way to start a chilly, crispy morning with a delicious bowl of warm apple crumble (with vanilla ice cream if you desire for an added texture and flavour).

Since it’s also the apple season, it isn’t such a struggle to whip up. It’s a simple, wholesome family recipe my mum and I never get tired of and I especially love it because it only takes minutes to throw together and comes out amazing every time.

I also love this type of treat because you can improvise with it a lot and add in all kinds of things like nuts, seeds, jams, berries, (list goes on), so it never gets boring. It could also be enjoyed as not only a breakfast but a dessert in the evening when you’re craving something sweet after dinner, so it ticks off all boxes! 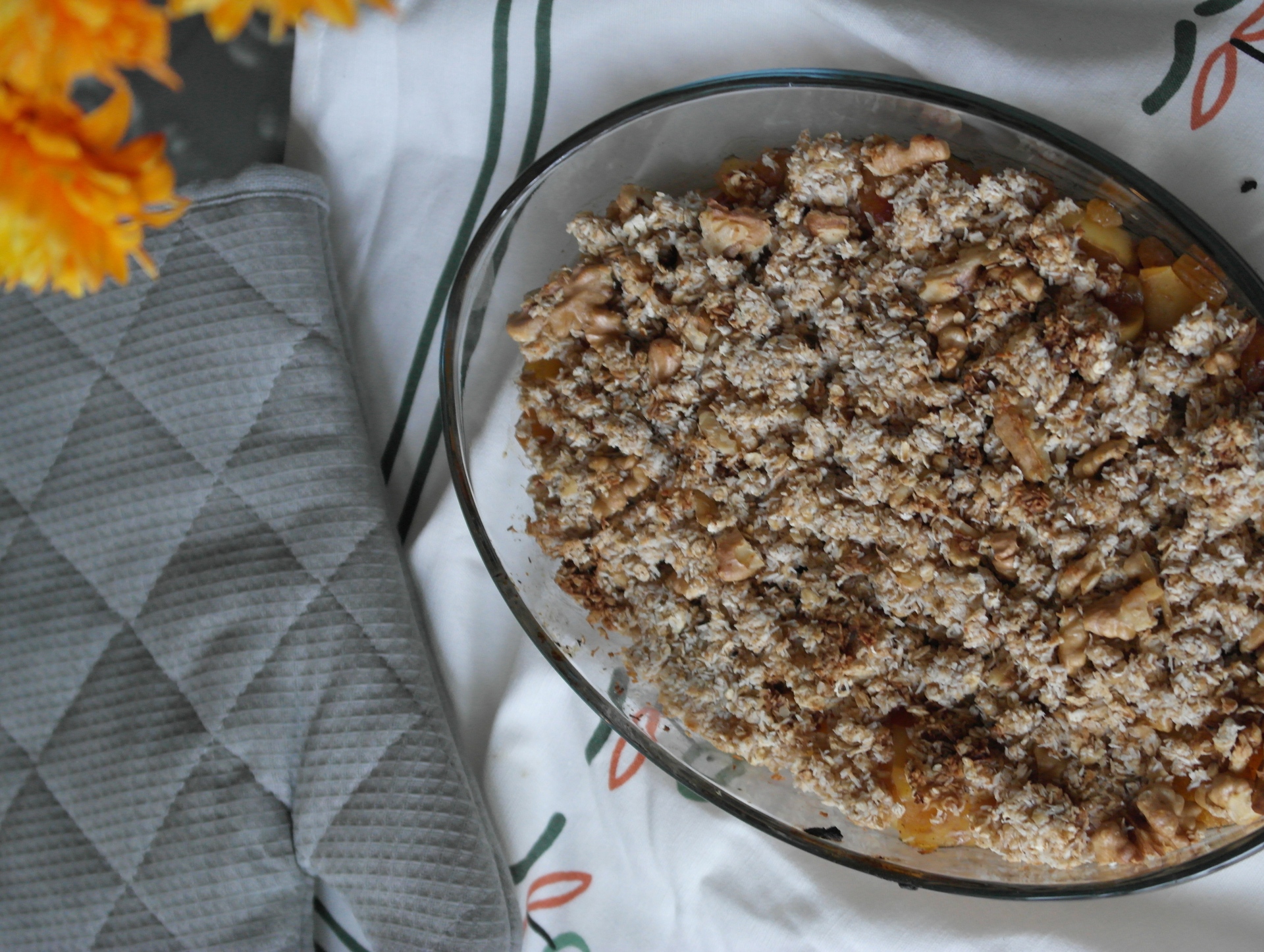 Preheat oven to 180C. Oil a pie dish/pyrex and set aside. Put the apples into a pan with the syrup, cinnamon, nutmeg, coconut oil, lemon juice, dates and 3 tbsp water. Cook over a low heat for 10 minutes. Add in more water when necessary.

Place the flour, oats, walnuts, and cinnamon in a bowl and mix well. Melt the coconut oil and add this to the oats and flour along with the syrup. Mix with your fingertips until it resembles an even crumb texture.

Pour in the cooked apple filling into the pie dish/pyrex and cover with the crumble mixture. Bake for approximately 15 minutes until the crumble is golden. Serve with your favourite ice cream or drizzle extra syrup on top!